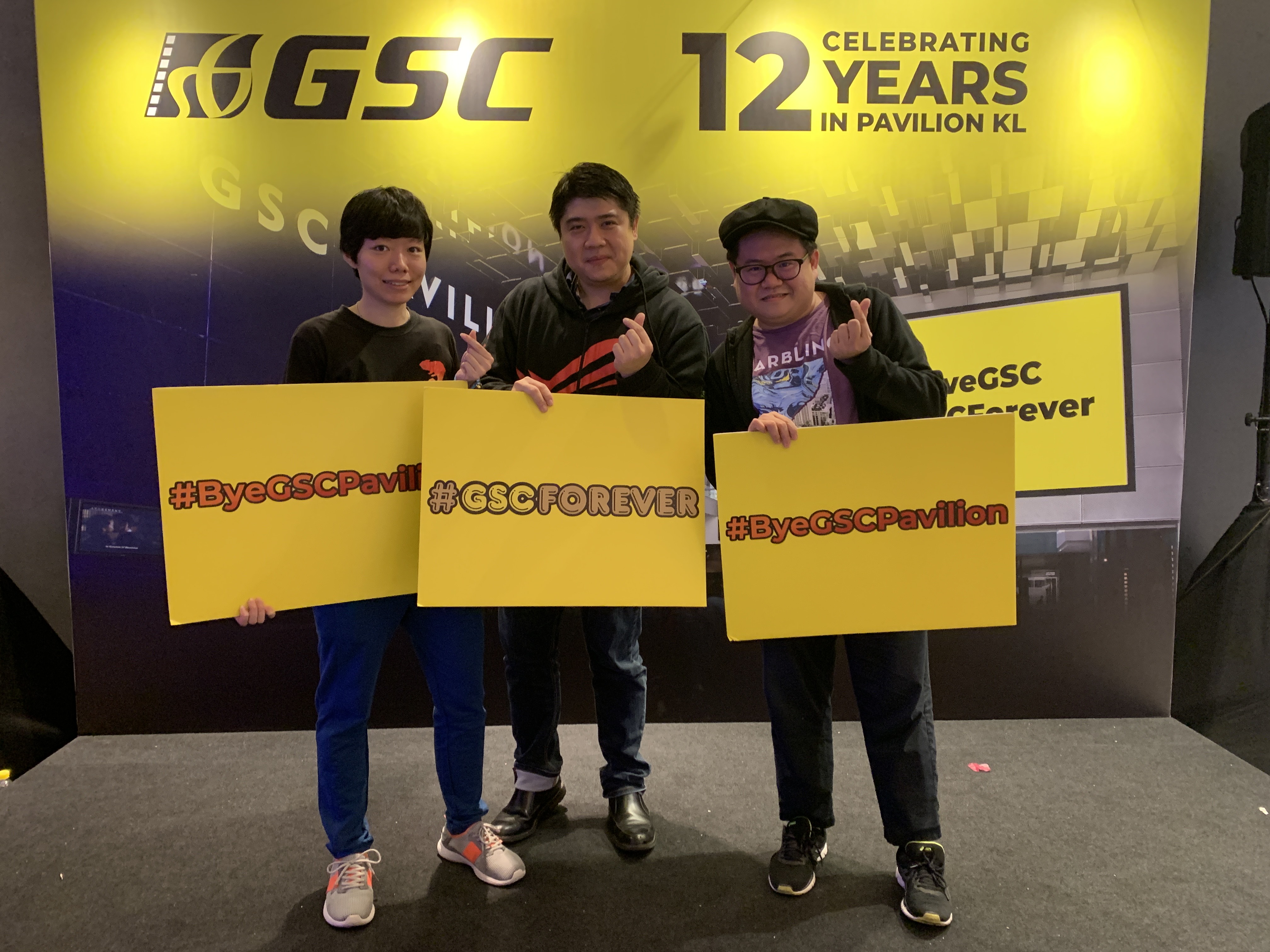 Film buffs would agree that the cinema is the best thing that has ever happened to humanity! The cinema is known as one of the most complete art forms there is, where different art forms like music, painting, story, etc come together to make one masterpiece.

As all good things must come to an end, Golden Screen Cinemas Sdn Bhd (GSC), Malaysia’s largest cinema chain, has decided to close one of its outlets located at a popular mall in Kuala Lumpur’s golden triangle that has been operating for over 12 years.

The homegrown cinema chain announced via Twitter early this month that GSC Pavilion KL will be pulling down the shutters on 17 February 2020 as its 12-year lease with Pavilion Real Estate Investment Trust (REIT) comes to an end. The outlet is known for its exclusive halls such as the THX, Gold Class and D-Box, which are not available at all outlets.

As a gesture of appreciation to all film lovers, GSC Pavilion gave out one complimentary small popcorn set for every ticket purchased until 16 February 2020.

“We would like to take this opportunity to convey our sincerest thanks and gratitude to all movie-goers who have supported GSC Pavilion KL since its opening,” GSC said in the Twitter post.

To celebrate 12 years of good memories, we thought ‘why not go out with a bang’, right? So, we invited some friends from Lapar Esports to join us for a movie! We got our complimentary popcorns and drinks ready then head in the theatre one last time for an Oscar-rerun of the movie Parasite! Truth be told, we enjoyed ourselves, it was a bittersweet farewell for one of our favourite cinemas.

If you frequent Pavilion KL for movies, don’t worry, a brand new cinema – Dadi Cinema will replace our beloved GSC Pavilion KL, the popular shopping mall confirmed that the new cinema is scheduled to open in late 2020 on their official Facebook page.

Thank you GSC Pavilion, you will be missed! 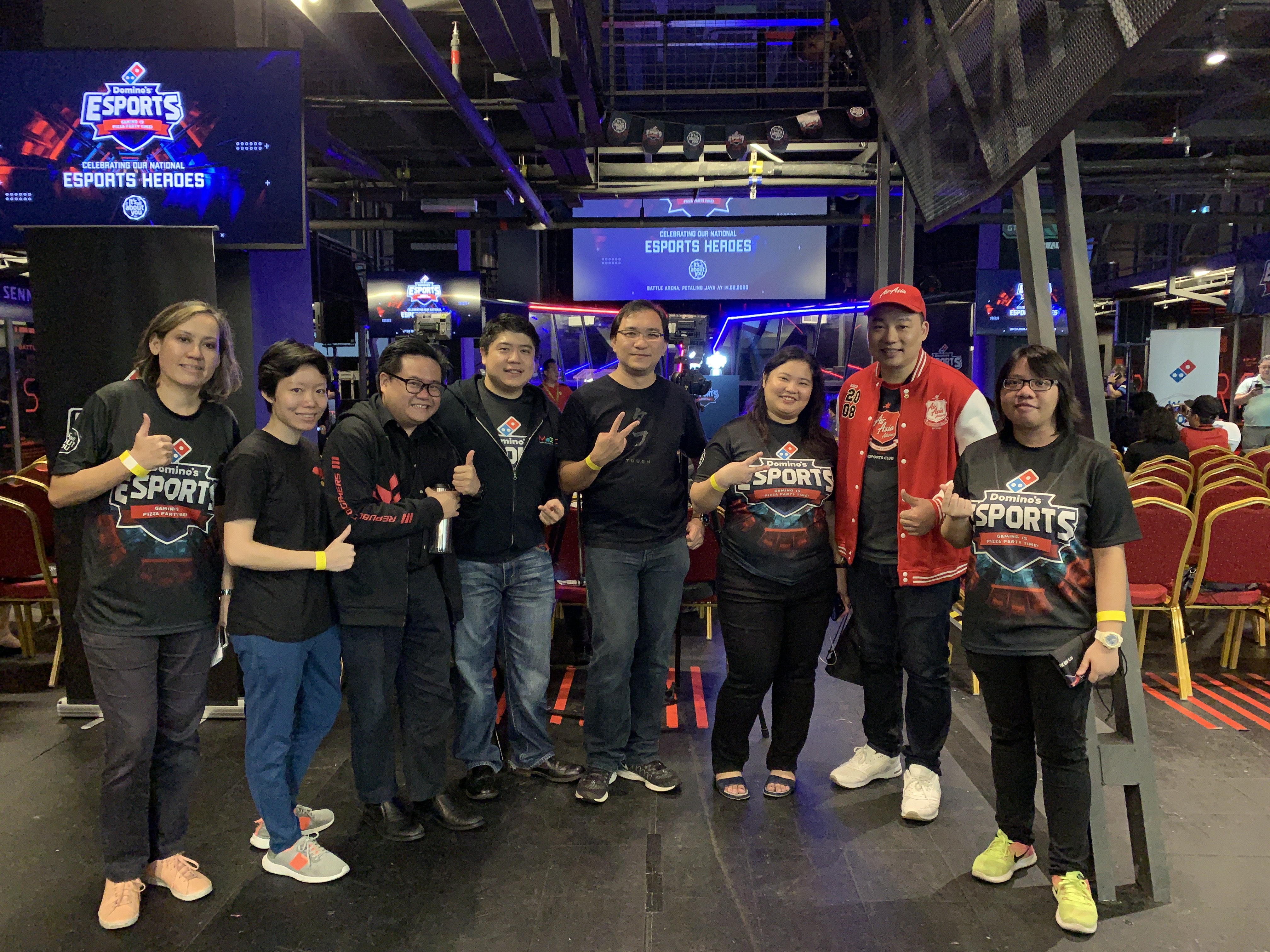 Esports’ popularity and momentum over the past 30 years have grown immensely, with titles ranging from first-person shooters to real-time strategy. Recognizing the powerful social connections formed by esports globally, Domino’s Pizza Malaysia announced June last year that they will be treating winning esports team at the 2019 Southeast Asian Games a decade’s worth of mouthwatering pizzas! And on 14th February 2020, Domino’s Pizza has kept their promise to Malaysia’s podium finishers.

An exclusive prize-giving ceremony was hosted by Domino’s and held at Battle Arena Malaysia to honour the national esports heroes who participated in the 2019 SEA Games, which took place from November to December in the Philippines last year.

Domino’s have awarded Malaysia’s first-ever esports Hearthstone Gold medalist Dr Yew Weng Kean ten year’s worth of pizzas to indulge in. As for the Mobile Legends: Bang Bang team, who scored the Bronze medal, walk away with two years supply of pizza. Other esports athletes and representatives of Dota 2, Starcraft 2, Tekken 7 and Arena Of Valor were also present at Domino’s prize-giving ceremony.

“We are extremely proud to honour our national esports champions as they have achieved an outstanding performance and we are more than happy to reward them for their excellent show of sportsmanship.

“We hope that our hot, tasty and delicious pizzas will keep the esports superstars going as they train for the upcoming tournaments. We would like to wish those competing all the best, we are always rooting for you,” remarked Shamsul Amree, Deputy President of Operations, Domino’s Pizza Malaysia & Singapore.

Domino’s Pizza Malaysia has been involved in the esports scene since November 2018, aiming to motivate and support national esports athletes to perform their best by offering tangible incentives, “Pizzas are gamers’ best friend. We are taking the opportunity to provide support to a market segment that is connected to our brand”, Linda Hassan said in an interview with Marketing Interactive.

Captiv8.Asia is honoured to experience this memorable ceremony, all the esports teams truly deserve to be celebrated for putting in their hard work and dedication to bring Malaysia to newer heights! Along with Domino’s, we look forward to esports’ return to the next SEA Games in 2021, set to take place in Hanoi.